The next features that we want to preview in RootsMagic 8 are improvements in working with multiple files, screens, and even computer monitors.

One feature in previous versions of RootsMagic that our users have loved is the ability to have more than one file open at a time. You can simply open each file and work on either or both at the same time.  You can even drag-and-drop people and whole branches from one tree to another with the click of a mouse. 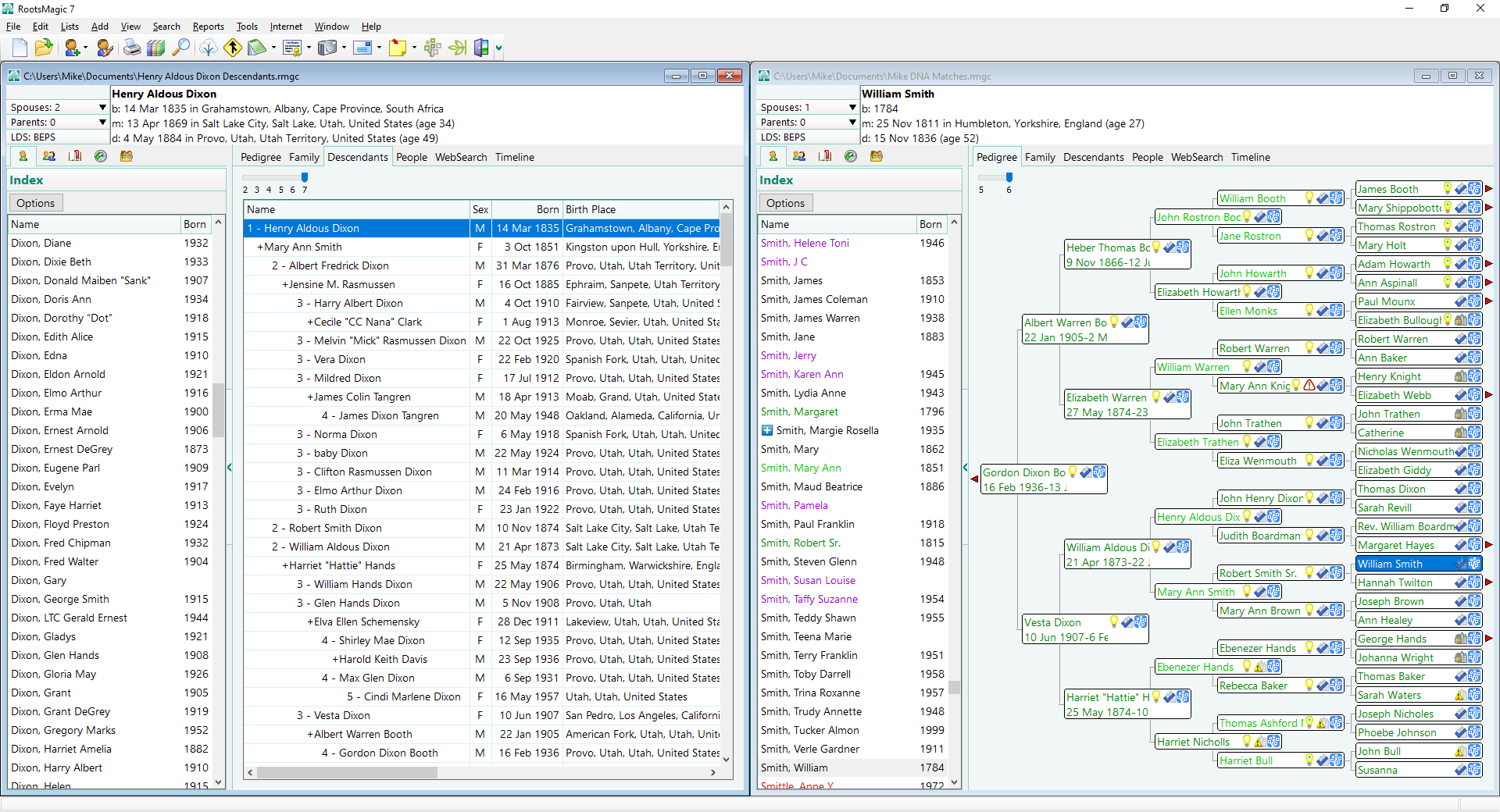 Before RootsMagic 8, this feature used a system called “Multiple Document Interface” or “MDI” for short.  In MDI, you have smaller “child windows,” which are contained within the main application window. This worked great in the days when people only had a single computer monitor. But today, if you have more than one monitor, it is challenging to get RootsMagic 7 to place each file in its own screen.

In RootsMagic 8, each RootsMagic file lives in its own separate window. This allows you to “stretch out” and separate them, even with multiple monitors.

And yes, you can still “drag-and-drop” people, families, and branches from one file to another, even across different computer monitors!

And to help keep things straight while working with multiple files, you can assign a color to each one. This color lets you more easily keep track of while file you are looking at and working with. 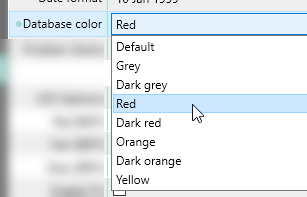 And here are the colors in action:

That’s it for today’s preview. There’s much more to come!

26 thoughts to “The Road to RootsMagic 8 (Part 6): Multiple Files and Screens”