Years ago (back in the Family Origins days) I got burned giving a date for a feature we were adding, and I promised myself I would never do that again.  But users dislike uncertainty and like to press us for an estimated release date.  Usually, I just say something like “it will be done when it is ready” and leave it at that.  When Ancestry and RootsMagic announced our agreement to create a version of RootsMagic which would be able to sync with Ancestry trees and display WebHints from Ancestry, we were bombarded with the question of “when?”  We usually don’t pre-announce upcoming features, but with this being a joint public announcement, the questions just kept coming.

So, apparently not having learned my lesson, we picked the end of the year as a safe guess, even though we had no idea what the brand new API (the system that lets RootsMagic and Ancestry talk with each other) would be like, what problems we might encounter along the way, or what other non-related issues might temporarily take us away.  We’ve worked with API’s before, and have gotten pretty dang good at it.  We’ve even written code to sync with online trees (FamilySearch), so we’re experienced there as well.  And up until very recently, it still looked like we could meet that deadline.

But to be honest, I underestimated the amount of time necessary to finish and properly test this awesome new feature.

So the bad news is that the Ancestry sync features won’t be released by the end of the year. But the good news is that it is close, it looks amazing, and we aren’t talking about a huge 6-month delay or anything like that.  We know many of you are excited to share your data between RootsMagic and your Ancestry tree, and we are excited to be working to offer it.  We just want to make sure that when we release these new features, you can depend on them working right, and keeping your data safe.

So where are we now?  We have early testers working with it and still have some more code to write .  Since even a small bug in sync code can cause tremendous damage to a data file or online tree, we want to make sure it is stable before turning more testers loose on it.  Once we’re confident it is stable, we will turn it over to even more testers.

If you are interested in being one of those beta testers, please fill out this application.

And for everyone wanting to know the new exact release date… it will be done when it is ready.  I’ve learned my lesson (again).

After Jamboree, Michael Booth and I began to work together on new graphics for the RootsMagic 3 I was finishing up.  Although it was just a small thing, it made a big difference in the look of the screens.  The more we worked together the more I realized how talented Mike was and how much I enjoyed working with him.  I told my wife that I would love to have Mike join RootsMagic, but that it was also kind of scary.  Up until now, RootsMagic was simply a family business that only had to support our family.  Our only official employee was my daughter Kristy who handled all the shipping.  I did all the programming, tech support, and marketing (if you could really call it that). 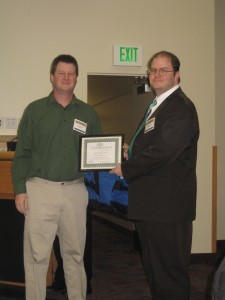 In late May 2005 I finally got up the courage to call Mike and ask if he and his wife would meet with me and my wife for lunch.  I didn’t really tell him what it was about because I wanted to ask him personally.  I still remember the butterflies in my stomach, and thinking I wasn’t much of a business person if I was this nervous about bringing up this subject with Mike.  I hemmed and hawed and finally asked if he would ever consider joining RootsMagic as our Vice President and bring his Personal Historian software along for the ride.

I didn’t expect Mike to make a decision right there (and he didn’t).  But over the course of the next month we discussed and negotiated all kinds of things.  It was a very friendly negotiation, but at one point it looked like it wasn’t going to happen.  It wasn’t really over anything tangible… it was mainly just a question of whether it was really right for Mike and his family.  I was in a funk, but it didn’t feel like there was anything I could do about it.  I decided to respect his decision, but I did try to subtly (or maybe not so subtly) point out what great synergy our two products and companies would have together.

We finally set it up so that if things didn’t work out the way we planned, Mike and I could take our products (and companies) and go our own ways.  And on July 1, 2005, Michael Booth joined RootsMagic as Vice President, and we added Personal Historian to our product line.  At our first genealogy conference after joining forces (the BYU fall genealogy conference), we made less money combined than we each made individually the year before.  We joked about how well this “synergy” thing was working for us, and at that point I knew we were going to make this work.

The first thing Mike did was help me bring RootsMagic into the 21st century.  Up until then, RootsMagic had only been available on CD, and Mike decided we needed to make it available as a download also.  While I finished up version 3, Mike wrote the code that allowed us to make it downloadable for the first time.

Once we released RootsMagic 3, Mike began work on our next project.  It was a mapping program designed to read genealogy data and plot it on a world based map.  Back when I was working with Parsons Technology, I had helped them develop a genealogy mapping program called Family Atlas (I wrote the code for reading GEDCOM files into it).  That program was long gone, and I had been wanting to create a new program that took genealogy mapping to the next level.  The first thing I did was check if the “Family Atlas” name was available again.  Luckily it was, although we had to pay a pretty good price to get the domain name. 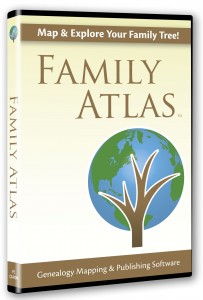 As we got closer to releasing Family Atlas we began doing some demonstration classes at conferences, and discovered that what we were offering was only half of what users really wanted.  We had the ability to import and manipulate genealogy data geographically, but users also wanted to be able to publish maps with those results.  We went back to the drawing board, added a publishing feature, and in October 2006 we released Family Atlas.

And then we began the longest and most difficult programming project in our company history.

Next: A total rewrite