Well, maybe just a little unveiled. As I promised, it’s time to start pulling the covers off of RootsMagic 4, but just a little at a time. So let’s start with the teeny tiny new features, and we’ll work our way to the super-duper new features in the coming weeks. Today I’m just going to show you the main screens in RootsMagic 4. There aren’t a lot of differences because if it ain’t broke, don’t fix it. But there are a couple of small things we’ve added to simplify things a bit. 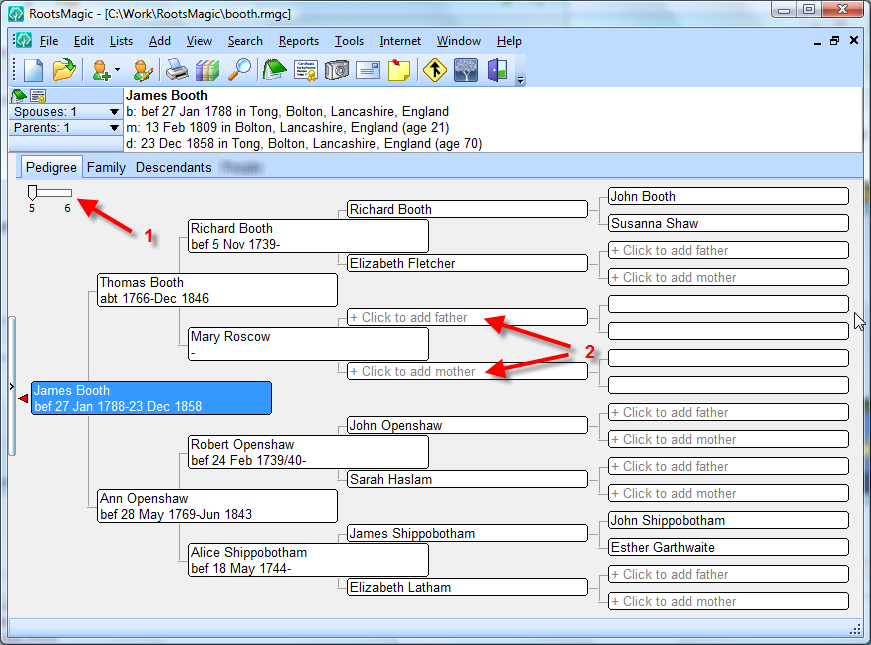 So if you clicked on the screenshot above so you could actually see it, you noticed 2 small changes. Number (1) is a slider to let you switch between 5 and 6 generations on the pedigree chart. Now we’ve let you do that in the past, but a lot of users never knew it because it was buried down on the status bar. And number (2) is a feature a lot of users (especially beginning ones) have asked for. I think it is probably self-explanatory.

Oh, and by the way, you should probably ignore that little blurred out tab next to the Descendants tab. It’s too cool for this early in the show (I told you I was a tease). 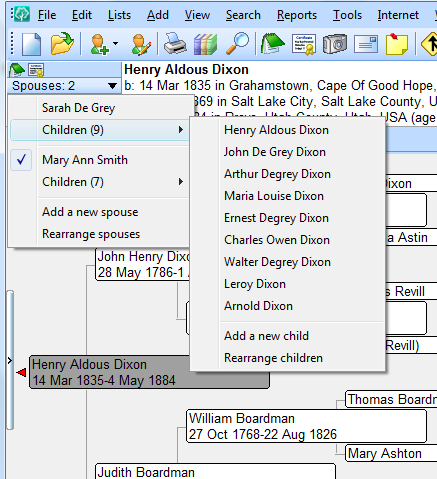 We have updated the little info area to the left of the highlighted person’s name. Now when you click on the Spouses button you not only see the spouses and children, but you can also 1) add a new spouse, 2) add a new child to a family, or 3) rearrange the spouses or children. Yes, you have always been able to do these things in RootsMagic, but now it’s a little easier. 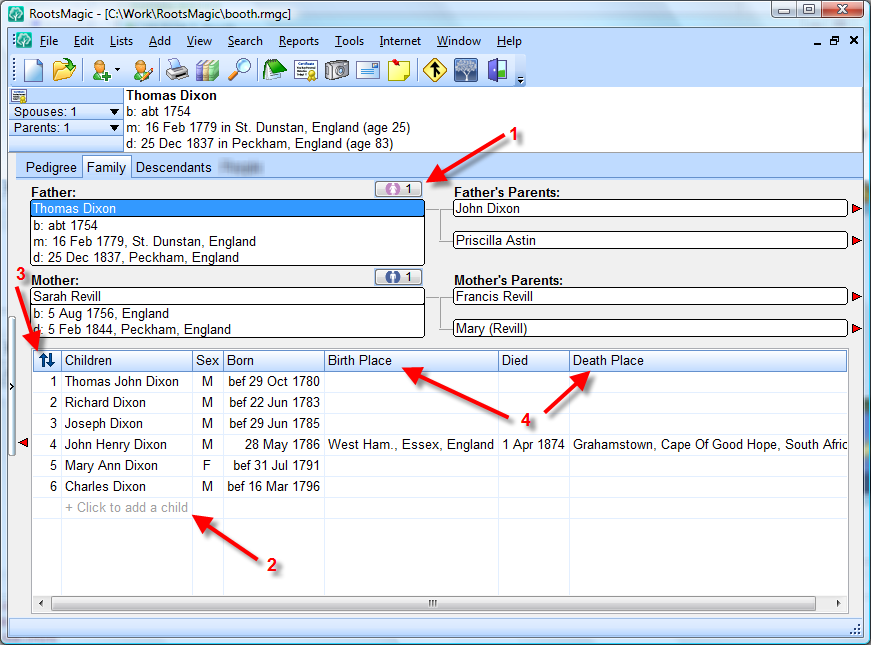 On to the Family View. Once again, little additions to make navigation and adding / editing data easier. Now you can always see exactly how many spouses each parent has (1), and clicking the button will let you switch spouses or add a new one. As in the pedigree view, you can add a new person (2) by clicking right where the person will go. Number (3) brings to the screen one of the most hidden features in version 3 (yes, we know it was hard to figure how to sort those kids). Just click the little sort arrows and you can immediately rearrange the children in the family. And finally (4), we heard you and have added the birth and death places, as well as optionally showing each child’s relationship to their parents. 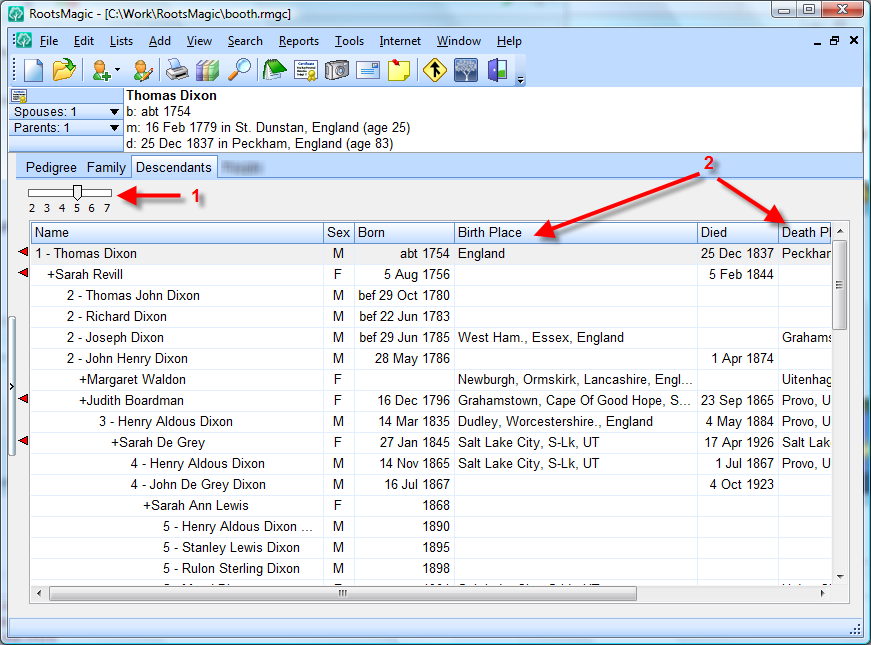 So there you have it.  The tiniest enhancements we made in RootsMagic 4.  But those with eagle eyes might spot several hints of other changes on the main screen that we didn’t talk about.  So keep checking back.  It only gets cooler from here. 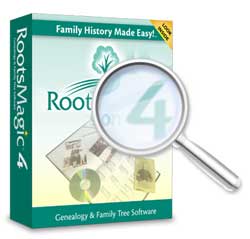 I decided that since everyone else has an “insider”, it was time to have our own. Every effort has been made to conceal my identity as I share secrets from deep within the company.

Did you know that RootsMagic 4 is rumored to be coming out sometime? Just read our message boards if you don’t believe me. But others have questioned whether we are spending all our time on cruises instead of working on version 4 (shameless plug… here is info on our next cruise).

Well now you have an insider on your side. I’m going to tell you everything you would want to know about RootsMagic 4, and even give a few of you a chance to win a free copy when it is released.

So here’s the inside scoop… RootsMagic 4 *is* coming. I know you wanted that sentence to have “on <date>” at the end of it, but insiders need job security too.

I will tell you that RootsMagic 4 is our biggest upgrade ever (yes, that means we haven’t been spending all our time on that one RootsMagic cruise).

As your faithful insider, I will show you all the new features coming in RootsMagic 4. And by “show you” I mean with real screen shots and descriptions. But as a big tease, I’m going to start with the itsy bitsy new features and work up to the big (really cool) ones. So keep coming back, or better yet subscribe with one of those pretty buttons over on the right side of the home page.

And if you’re new to subscribing to blogs, here’s a great video that makes it easy to understand. Click that big arrow in the middle of the video to start it.